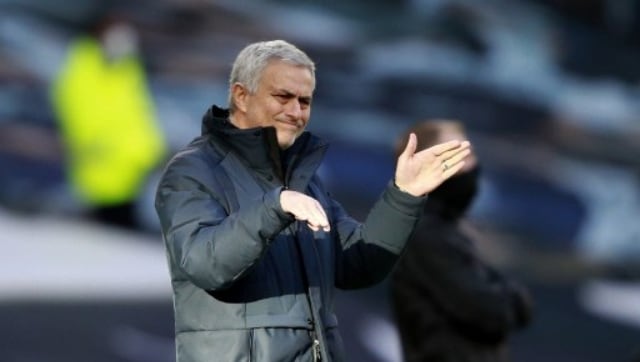 Tottenham are without a major trophy since winning the 2008 League Cup and Mourinho is desperate to end that drought.

London: Jose Mourinho on Monday labelled Tottenham’s League Cup semi-final against Brentford as the most important match of his reign.

Mourinho’s side host second-tier Brentford on Tuesday looking to reach the League Cup final against Manchester United or Manchester City.

Tottenham are without a major trophy since winning the 2008 League Cup and Mourinho is desperate to end that drought.

Mourinho, who has lifted the League Cup four times in his career, believes the significant of winning silverware this season makes the Brentford game more important than any other since he took charge in November 2019.

“Yes, I think so. In the perspective of the club chasing silverware for many years, I would say so,” Mourinho said.

“Of course we always have important matches, last season we had a match at Palace that would give us participation in this season’s Europa League or not.

“The match against Leeds was very important as we went a few games without a victory in the Premier League but I would say a semi-final is always a very important match. The only one more important is a final.”

Mourinho has won the competition three times with Chelsea and once with Manchester United.

It was his first trophy in English football back in 2005 and he insisted it remains a worthwhile tournament despite some clubs fielding weakened teams.

“I won the Carling Cup in my first season after a few months in England in 2004-05, so for me every competition is different and it doesn’t matter the club where you are or the ambitions you have,” Mourinho said.

“That is my way of looking at things, especially at a club without silverware for more than one decade.

“After more than one decade, every competition becomes more important and if we win two matches we win a trophy.

“Two difficult matches, of course, but if we win we get a trophy which I think would be a very good thing for the club and for the players.

If Tottenham make it to the final, which has been moved to April, they are set to face an even more congested fixture list in the second half of the season as they challenge on four fronts.

Their schedule has not been helped by last week’s postponement of their Premier League game with Fulham, who had a coronavirus

outbreak, and Mourinho doesn’t want Tottenham to face four games in a week as they did at the start of the season.

“I refuse to speak about the Carabao Cup final because maybe Brentford are playing in it and not us.

“But I would like to know when we will play against Fulham, refusing totally to be punished by congested, crazy fixtures like we were at the beginning of the season.

“At the beginning of the season you can cope a little bit with people who forgot Tottenham could be in that situation of playing a Europa League play-off. So, I’m waiting.”